Caption Literature
A Rare Gem Carved Green Tourmaline 'Chromdravite' Miniature Bust of a Roman Emperor
On a step carved grey Chalcedony base. Russian or German
Late 18th Century
Size: 8.5cm high – 3¼ ins high (overall) – 4cm high – 1½ ins high (bust)
Tourmaline exhibits a greater range of colour than any other gem and has an ability to attract and reject light material and objects placed near it. 18th century sailors who purchased tourmaline in the Dutch colony of Ceylon called it 'Aschentrekker' or 'ash-attractor' and used it to clean their pipes. When the crystal is heated the ends become positively and negatively charged thus attracting dust particles.
Princely collectors of the early 18th century favoured small precious stone busts depicting ladies and gentlemen in antique costume, and a number of examples survive in diverse museums such as the Dresden green vault. Some of these busts refer to identifiable prototypes derived from ancient marble sculpture whereas others typify rulers, philosophers and ancient deities. Three dozen of these three dimensional busts made from gems and cut stone have survived in the green vault, all of which differ in quality and in the style of their execution. The miniature busts in the collection of Augustus the Strong are made predominately of green jasper, but some are made of aventurine, chalcedony, of emerald plasma and other gems. 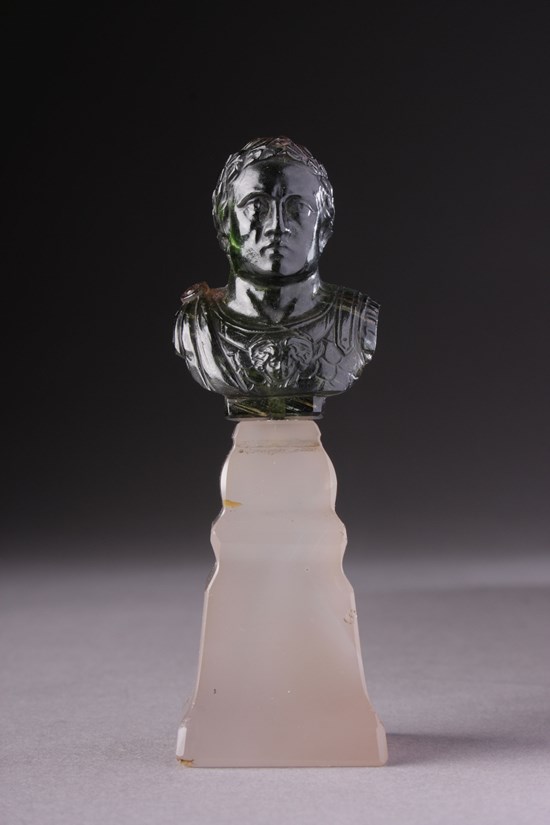 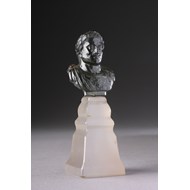