Caption Literature
A Well Detailed Napoleonic Prisoner of War Bone, Wood and Brass Model of a 16 Gun Three Masted Merchant Vessel
With complete rigging and with two lifeboats, a planked and pinned hull, brass moveable gun flaps, two anchors and a carved bone figure-head. Mounted on a mahogany and bone inlaid stand on four feet. Ten bone and wood moveable model cannon remaining
Early 19th Century
Size: 72cm high, 105cm long, 27cm wide – 28¼ ins high, 41¼ ins long, 10½ ins wide
Some of the best collectable ship models were made by Frenchman captured by the British during the Napoleonic Wars of 1792 – 1815. During this period some 122,000 captured soldiers and sailors were brought to Britain and owing to a lack of prisons in which to house them all, prison ships known as 'hulks' were used. These hulks were ships stripped of all masts, rigging, sails, decorations and embellishments resulting in a miserable and uncomfortable communal existence for the inmates. These prison ships were moored in a variety of rivers and harbours around the coast including Plymouth, Portsmouth and Chatham.
Although officers and the lower ranks received a daily allowance there was little left for luxuries or to partake in the favourite popular pursuit of gambling. No provision was made for the inmates gainful employment and so some turned to producing decorative articles to be sold at local markets. This enterprise clearly had the authorities approval as a Parliamentary report of July 1800 states, 'The prisoners in all the depots in the country are at full liberty to exercise their industry within the prisons, in manufacturing and selling articles they may think proper..... and by means of this privilege some of them have been known to carry off upon their release more than 100 guineas each.'
Prisoner of war work ship models were seldom made to scale and did not pretend to be accurate and faithful portrayals of a particular vessel. They were often made collectively with individuals combining their specialist skills. A well made ship model was meant to be a memento or souvenir of the Napoleonic period and were sold by the French prisoners of war as works of art. 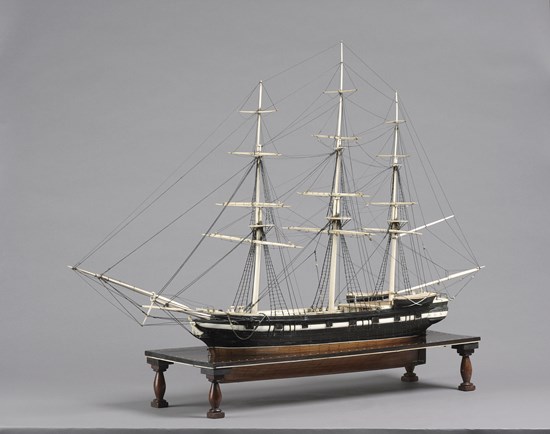 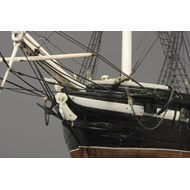 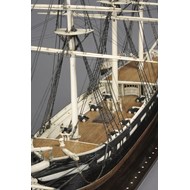 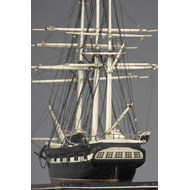 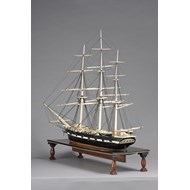 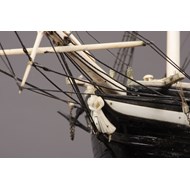 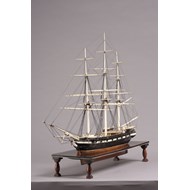 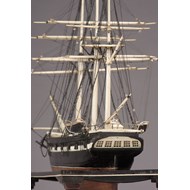