Caption Literature
An Ancient Roman Bronze of Hermaphroditos, Son of the God Hermes and Aphrodite
Possibly a furniture mount. Fine dark green smooth patina with traces of reddish brown
1st Century BC
Size: 11.5cm high – 4½ ins high (figure) – 21cm high – 8¼ ins high (overall)
The Hellenistic taste for anything which was new, mysterious or odd is illustrated by the popularity of Hermaphroditos. The water nymph Salmakis fell violently in love with the handsome youth, but he rejected her. She eventually enticed him into the water and they became permanently united in the bisexual being that is illustrated here, and has become well known from the Roman marble sculpture in the Louvre Museum in Paris.
This bronze Hermaphroditos stands with long locks of hair falling over his shoulders, his ambiguous nature expressed by the contrast between the softly modelled body with girlish breasts and the male sexual organ. 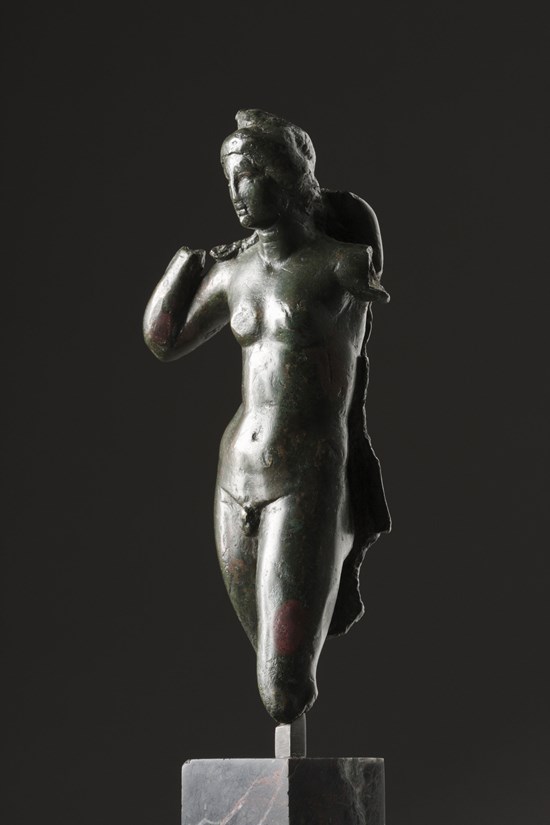 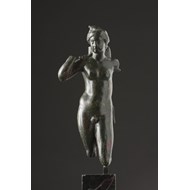 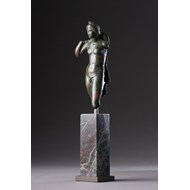 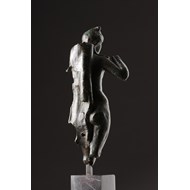