Caption Literature
A Fine and Interesting Oil on Sicilian Jasper of the Miracle of the Martyrdom of St Catherine of Alexandria Attributed to the French Artist Jacques Stella (Lyon 1596 – Paris 1657)
In a 17th Century carved wooden frame with an old paper label to the reverse:
'Martyre E Decollation de Ste Catherine dont le sang coula blanc pour attester la purete e son innocence d ? l'e riture.
Ce tableau trí¨s ancien Provient du Convent des Capucines de Martiques qui fut pillé en 1793 il est attribué í  l'ecole Italienne'
Circa 1625, Rome
Size: 18.5cm high, 20cm wide – 7¼ ins high, 8 ins wide (agate)
41cm high, 42cm wide – 16 ins high, 16½ ins wide (framed)
Jacques Stella was the son of the Flemish painter Francois Stella who died before he could teach his son his art. From 1616 to 1622 Jacques Stella was in Florence working for Cosimo II De’ Medici, together with Jacques Callot whose style influenced Stella's early work. In 1623 he moved to Rome and in the following ten years he became well known for his small scale paintings on hardstones and slate. He also became an intimate of the artist Poussin and was influenced by his style of restrained and cool classicism. Indeed, after Stella's death many of his paintings and drawings were often sold as the works of Poussin. In 1635 he returned to Paris via Venice, Milan and Lyon. In Paris Cardinal Richelieu presented him to Louis XIII who granted him the position of painter to the King. He then worked at Versailles, Rouen and Paris, but much of his later life was overshadowed by illness. He died in Paris in 1657.
This oil is painted on a carefully selected polished slab of 'Diaspri di Sicilia' a form of jasper found in Sicily in a range of colours and no longer quarried. It comes mainly from the province of Paterino and in particular from the villages of Giuliana, Santo Stefano Quisquina, Bisacquino and Monreale. These jaspers were often collected as loose boulders in ploughed fields. Polished vessels and objects carved from Giuliana jasper have been dated as early as the 12th century. The heyday of jasper production was in the late 16th and 17th centuries when the Medici family with their great love of ornamental stone had quarries opened just west of the little town of Giuliana.
St Catherine of Alexandria is shown beheaded and attended by two angels who transported her body to Mount Sinai where a widespread cult began in the 9th century around her mythical legend. Of noble birth, persecuted for her Christian beliefs in the 4th century AD by the Romans, denying the Emperor marriage as she was 'a bride of Christ', she was broken on a wheel, later called a Catherine Wheel, and then beheaded. Her purity and innocence then revealed itself in the miracle of milk, instead of blood, flowing from her severed head. 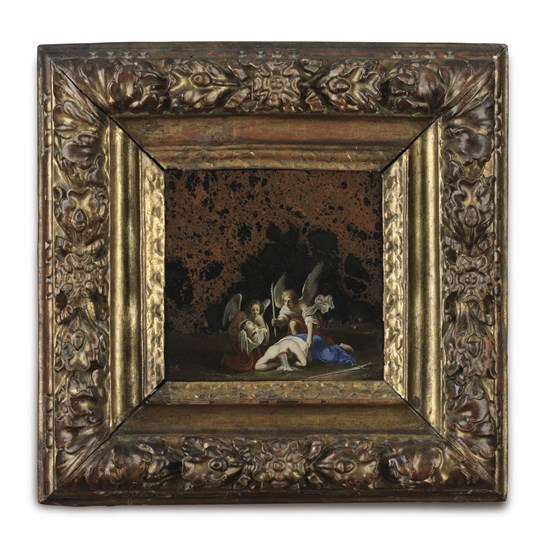 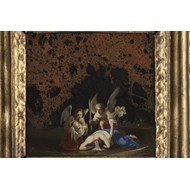 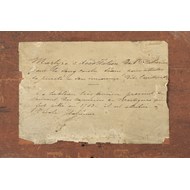