Caption Literature
A Rowland Ward Taxidermy Specimen of a Virginia Opossum in a Classic Rowland Ward glass case
Rowland Ward trade label to the base
Early 20th Century
Size: 48cm high, 58cm wide, 29cm deep – 19 ins high, 22¾ ins wide, 11½ ins deep
A marsupial found in Mexico, Central America and the West, Central and Eastern United States the Virginia Opossum is famous for 'playing dead'. When threatened by other predators it feigns death in the hope that they will lose interest. It can lie immobile partly curled on its side for up to six hours with its mouth and eyes open and unresponsive to stimuli, including touch. It may also void a foul smelling fluid from its anus for added effect. 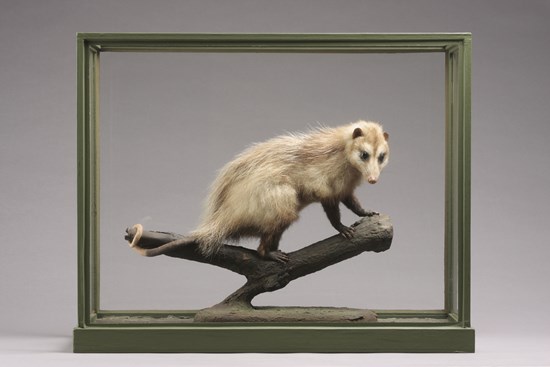 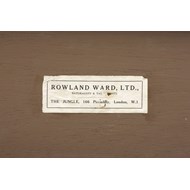