Caption Literature
A Good Fijian Chief's ‘Yaqona’ or Kava Bowl
Carved of vesi wood with traces of old residue deposits
19th Century
Size: 10cm high, 31cm dia. – 4 ins high, 12¼ ins dia
Kava is a ritual drink made from an infusion of grated, chewed or pounded dried roots of Piper Methysticum, a species of pepper plant. It is a preparation drunk on many Pacific Islands and the drinking of Yaqona as it is called on Fiji continues to be one of the most significant ceremonies performed in Fijian society.
The wooden bowls are called ‘Tanoa’ and the older ones, such as this example, are thin walled with a shallow bowl and a carved lip that flares outward in a graceful curve. 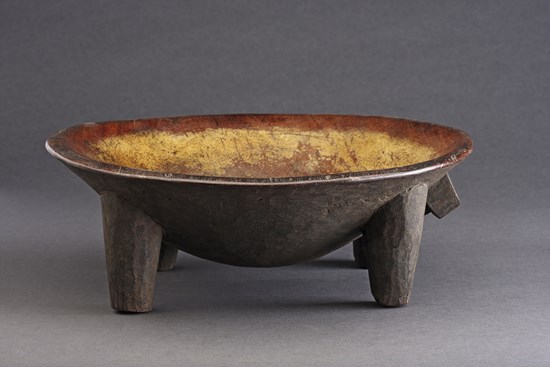