Caption Literature
A Fine Late Medieval South Netherlands Brabant Limestone Sculpture of the Virgin and
Child.
The back hollowed out for attachment. The head and foot of the Christ Child missing, some damage to the nose of the Virgin
First half of the 15th Century
Size: 76cm high (including stand) 30cm wide, 20cm deep
30 ins high (including stand) 12 ins wide, 8 ins deep
The carved Madonna’s of the 15th century, unlike those of the earlier medieval Gothic period, no longer contained relics in order to prove their validity as devotional images. Known as the ‘Beautiful Madonna’s’, these sculptures set new standards with their aesthetic refinement, and by their form alone were able to express the religious significance that had once been conveyed by the relic, which now became of secondary importance. Art became an indispensable aid to a believer’s religious devotion. 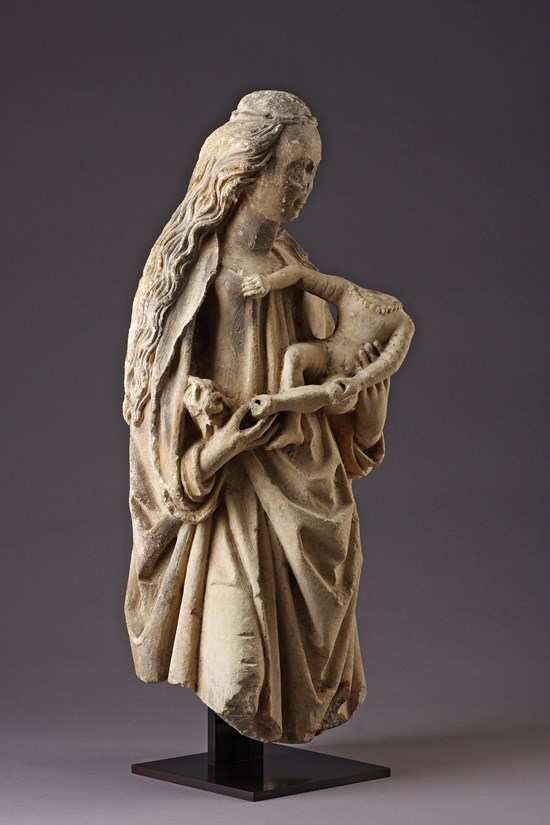 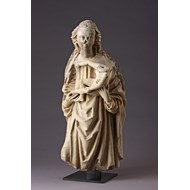 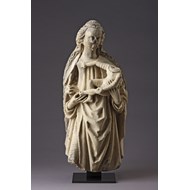 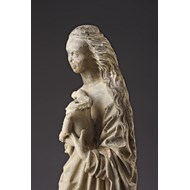 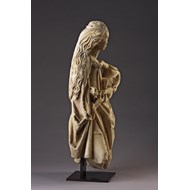 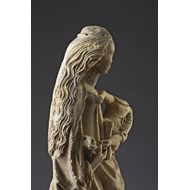