Caption Literature
A South German Silver Mounted Devotional Crucifix
The carved ivory figure of the dying Christ on an ebony cross, a silver figure of Saint Agnes beneath his feet, a silver skull on the carved ebony base
Second half 18th Century
Size: 100cm high, 49cm wide – 39¼ ins high, 19¼ ins wide
As the culminating event in Christ’s life and according to Christian belief, the ultimate sacrifice of God on behalf of mankind, the crucifixion on Mount Golgotha, the place of the skull, has been one of the most important themes in Western Art since the 5th century. This crucifix would have been placed upon an altar, perhaps in a private chapel, and there it would invite prayers and meditation upon Christ’s salvific deed. 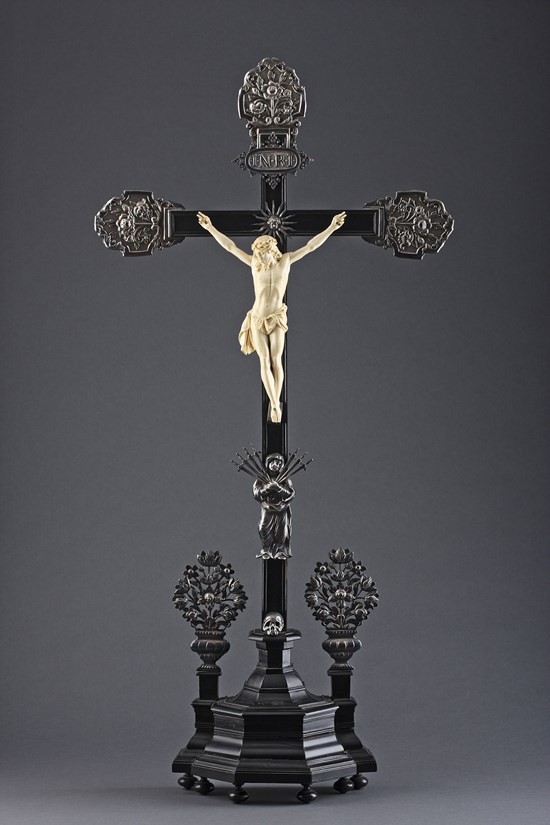