A Bronze Bust of Christ as a Child

Caption Literature
A Bronze Bust of Christ as a Child
Attributed to Francois Du Quésnoy (1597 – 1643)
Mellow brown patina
17th century
Size: 18 cm high – 7 ins high
Du Quésnoy was a sculptor of Flemish origin who worked in Rome. He produced two of the finest large statues of the 17th century, but was widely known for his work on a smaller scale, in particular for his statuettes of babies. His small terracotta models were eagerly sought after and the small bronzes were equally renowned for their charm and sensitivity, although the extent to which Du Quesnoy was involved in their production is not clear.
His bronze models of children were so popular that the French sculptor Girardon had no less than twenty six of them in his studio.

A Bronze Bust of Christ as a Child 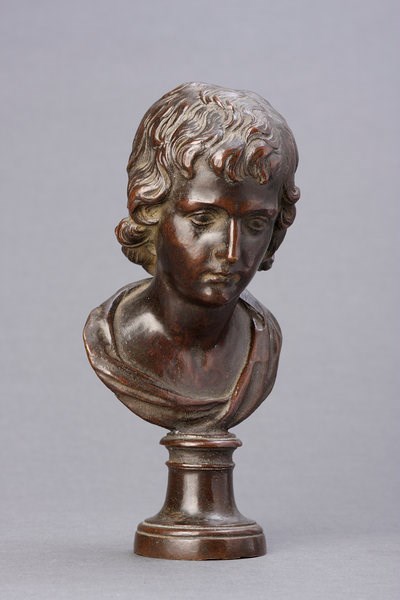