Caption Literature
A Curious French Dieppe Carved Ivory Caricature of a Prussian Soldier
Having an articulated head, which tips forward to show him asleep whilst on duty, or back to reveal a large toothy shouting mouth
Circa 1880 – 1890
Size: 13cm high – 5¾ ins high (including base)
Having the Imperial Eagle on his cap and sporting a large Prussian moustache this French carving parodies the Prussian army held in contempt by the French after their humiliating defeat in the Franco-Prussian war of 1870-71.
The siege of Paris in 1871 by the Prussians produced food shortages in the city that forced the French Government of National Defence to ask for an armistice. The hysterical atmosphere of the siege and the existence of the National Guard, which was not disarmed by the terms of the armistice, were important causes of the Parisian insurrection on March 18th leading to the Paris commune. Eventually Paris was recaptured from the Prussians with huge loss of life. Members of the National Guard fighting for the commune were massacred in their thousands and others sentenced to long terms of imprisonment leaving an unprecedented legacy of bitterness. 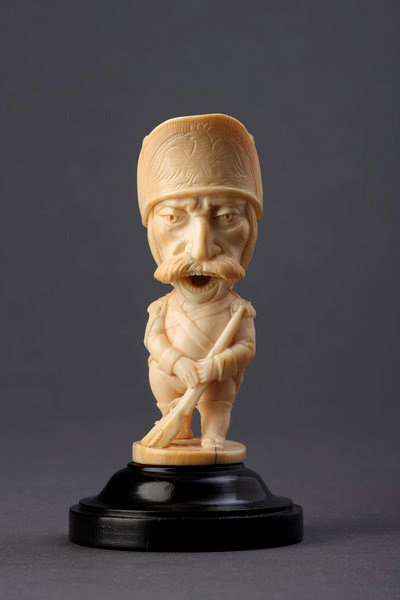 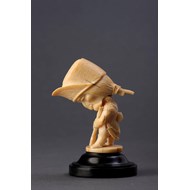 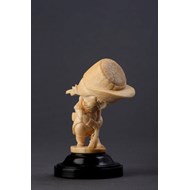