Caption Literature
An Interesting Cravat or Scarf Ring once belonging to the artist Joseph Wright
(1734 – 1794) known as ‘Wright of Derby’
The silver ring with a finely carved ivory relief of Pegasus and Bellerophon against a dark ground. The red leather and wood box with a label to the inner lid reading: ‘Memorial ring. Joseph Wright ob 1797. A.262 lent by Mrs W Bemrose’
18th Century
Size: 3cm wide, 2cm deep – 1¼ ins wide, ¾ ins deep
Joseph Wright was an English painter born and principally active in Derby and generally known as ‘Wright of Derby’. He was one of the most original, versatile and accomplished British artists of the 18th century and the first major English painter whose career was based outside London.
In 1751 to 1753 and again in 1756 to 1757 he trained under a painter called Hudson in London and after returning to Derby he made a name as a portraitist in the Midlands. In the 1760’s he began to paint candlelit scenes of various types showing the fascination with unusual lighting effects that was to run throughout his career. Dutch painting influenced him, but in his depictions of the contemporary scientific world he broke new ground. His famous work of 1768 ‘An Experiment on a Bird in the Air Pump’ has been described by Sir Ellis Waterhouse as ‘one of the wholly original masterpieces of British Art’. 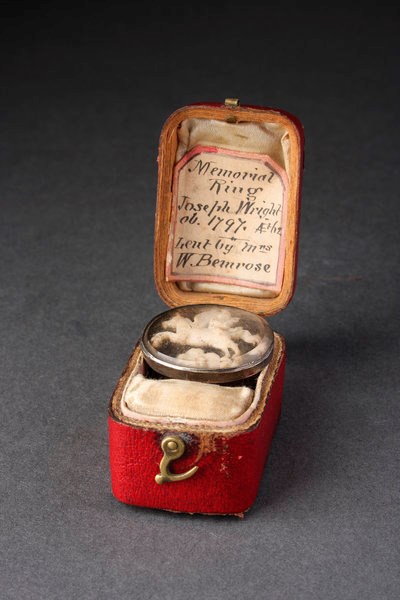 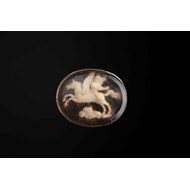