Caption Literature
An Ancient Roman Marble Head of a Young Boy perhaps Ganymedes or Mithras
Wearing a helmet or cap on later English carved marble shoulders.
The nose restored, the plume of the helmet missing.
2nd – 3rd Century AD – the shoulders 18th century
Size: 47cm high – 18½ ins high
It was a common practice at the height of the Grand Tour’s popularity for collectors of antiquities to have carved appropriate marble supports for their fragmentary purchases. Ancient Roman heads can often be seen on 17th or 18th century shoulders amongst country house collections. Indeed the Earl of Pembroke filled Wilton House near Salisbury with many such busts and heads, some of which still remain on public display. 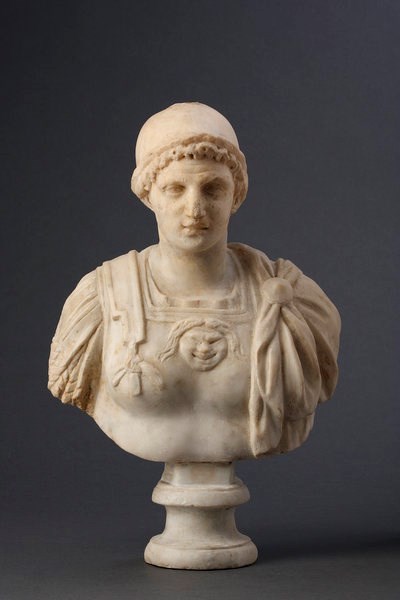