Caption Literature
An Ancient British Limestone Celtic Pagan Male Head
The hair falling in strands across his forehead showing his barred teeth
200-300 A.D
Size: 24cm high, 20cm deep, 17cm wide – 9½ ins high, 8 ins deep, 6¾ ins wide
The Celts had a predilection for the human head. The ‘tete coupée’ of the Celts like that of the Gorgon or Medusa of the Mediterranean had apotropaic powers and fulfilled the function of averting evil, and of conferring protection on the building into which they were incorporated. Celtic heads were often associated with springs and thermal waters as was the Roman image of Medusa and thus native Celtic symbolism became acceptable to the conquering Romans as the deeply indigenous cult of the head was comfortably masked under the image of Medusa. The best known of these vigorous male images and typical of many Romano British heads is the head carved on the shield of the goddess Sulis, equated with Minerva, on the pediment of the temple of Sulis in Bath.
This head perhaps symbolizes the forced emergence of the Celts from the ambiguous world of their ancestors where the otherworld was as accessible as this one into the ordered, straight edged, rational and disciplined world of the Romans. 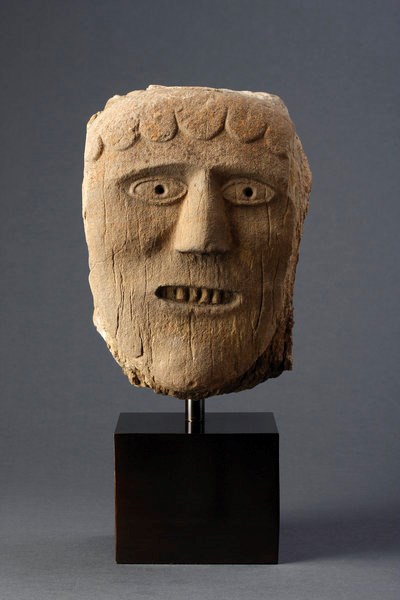 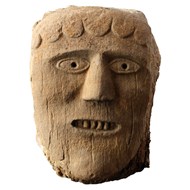