Caption Literature
An Interesting French Commemorative Regimental Powder Flask made from an
engraved African gourd
Finely engraved with a five armed star below a crown, the regimental colours and the French tricolour enfolded around the centre together with laurel leaves and sabres surrounding a central shield, etched with ‘Afrique 1835, 1836, 1837, 1838, 1839’
The reverse engraved with laurel leaves and the numeral 2 within a military device
First half of the 19th century
Size: 15cm high, 15cm wide, 8cm deep – 6 ins high, 6 ins wide, 3¼ ins deep
The five armed star engraved on the powder flask is representative of the Legion d’Honneur, the crown above is for Louis Phillipe ‘King of the French’ who in 1831 reorganised a light infantry legion in Algeria as the French foreign Legion. The powder flask has been made to commemorate the exploits of the 2nd regiment of Zouaves, a unit in the French foreign Legion that served in Algeria and who were the first regiment in the whole of the French army at home and overseas to gain the distinction of the Legion d’Honneur.
During the 19th century the interior of Africa was gradually opened up to European explorers, traders and missionaries in an extensive programme of colonisation. The French, having lost influence in India and Canada began to create an overseas empire in North Africa. The French foreign Legion were an important part of this campaign with the 2nd regiment of Zouaves ultimately being disbanded in Algeria in 1962. 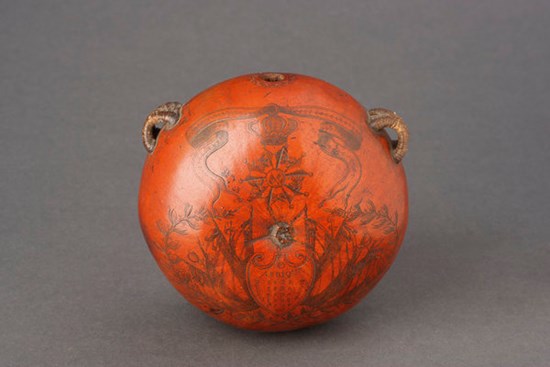 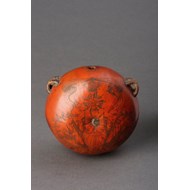 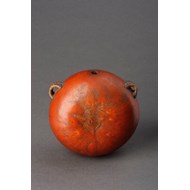