Caption Literature
A Fine German Carved Boxwood Group of the Roman Mark Anthony as Hercules
Fighting the Nemean Lion
Late 17th Century
Size: 37cm high, 18.5cm wide, 16cm deep – 14½ ins high, 7¼ ins wide, 6¼ ins deep
(including base)
The Roman God Hercules originated from the greatest of the Greek heroes Heracles. He was the son of the God Zeus and a mortal woman, and was to European art a paragon of action and masculinity embodying the characteristics of great strength, courage and appetite. He was a popular cult figure with the Roman legions who would use the cry ‘Mehercle’ as an aid to courage. Mark Anthony (c.82 – 30 BC) identified himself with Hercules, whilst his enemy Octavian identified himself with the God Apollo. Some of the early Roman Emperors such as Trajan took up the attributes of Hercules and the later Roman Emperors went further and compared themselves with him and supported his cult. The Emperor Maximian actually styled himself ‘Herculius’. 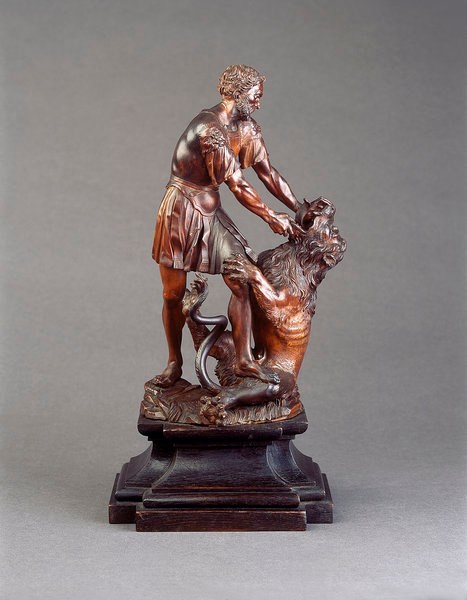 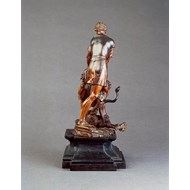 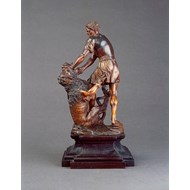 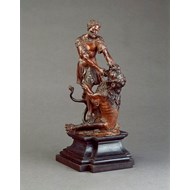