Caption Literature
A Rare Tongan Ironwood Short Hand Club, an ‘Apa Api’ variation
The surface entirely decorated with zig zag motifs, rat tooth patterns and ideographs including two warriors with clubs. The tip of the base drilled with two converging holes. Old smooth shiny and dry patina
Late 18th – Early 19th Century
Size: 56.5cm long – 22¼ ins long
On Tonga the quality of a warriors weapon was a symbol of his rank. Chiefs often possessed finely finished and decorated war clubs that were symbolic of their social status. The favourite weapons of the Tongan warrior was the club and the spear. They were fierce fighters and highly respected for their bravery in battle even by the ferocious Fijians.
The exquisite engraving of the clubs was originally achieved by using a shark’s tooth lashed with plaited coir sinnet binding into the end of a round wooden handle. Despite the extreme hardness of the wood the engraver would quickly notch the designs until the decoration was complete. This form of surface decoration was made considerably easier post contact by the consignments of European iron nails first brought to Tonga by Captain Cook. 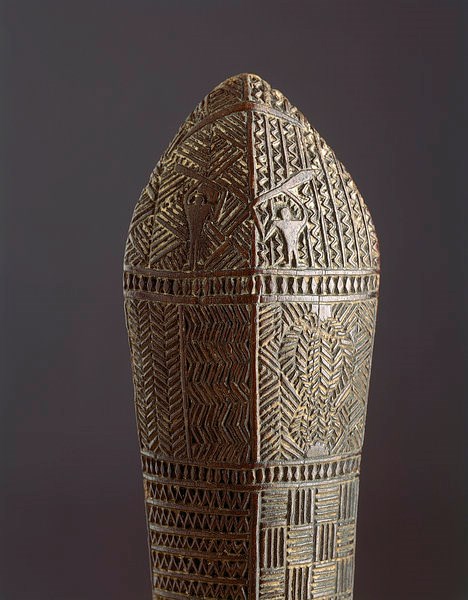 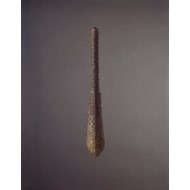 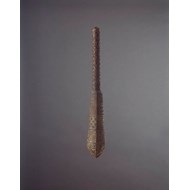 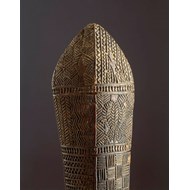