Caption Literature
A Rare Ancient Egyptian Carved Wood Headrest
Constructed in three sections. A handwritten inscription to the base reading: ‘Wooden head – rest XVIII – XIX dynasty from Curot, Illahun, Fayum. Egypt. Petrie’
New Kingdom 1550 – 1186 BC
Size: 17cm high, 27.5cm wide, 7.5cm deep – 6¾ ins high, 10¾ ins wide, 3 ins deep
Sir William Mathew Flinders Petrie was an English Egyptologist widely recognised as the first scientific excavator and a pioneer of systematic methodology in archaeology. He excavated at many important archaeological sites in Egypt including el-Lahun sometimes known as Illahun where the Pharaoh Senwosret II’s pyramid complex is situated. This fertile region thrived during ancient Egypt’s Middle Kingdom and at that time began to be developed as a pleasure ground used for the sport of hunting by both pharaohs and high officials and it remained a popular site for hundreds of years.
North west of Senwosret’s valley temple Petrie discovered the pharaohs pyramid town which was established to maintain Senwosret’s mortuary cult. The town consisted of blocks of workers houses and larger villas for the officials. This town, known today as Kahun, and the buildings of Garob, was at the time of discovery the only extant example of a complete pyramid town and when Petrie excavated it in 1889 it was found with much of its ancient furnishings in place. Kahun and Garob have been the source of a great deal of valuable information about the domestic lives of the ancient Egyptians, and it was in these excavations that Petrie found this headrest.
Elegantly proportioned ancient Egyptian wood furniture was made for the use of the elite; by modern standards the houses of the poor had very little furniture. Headrests have been found in the tombs of Kings, Queens and their officials together with low stools, chairs, bed frames, jar stands and boxes. 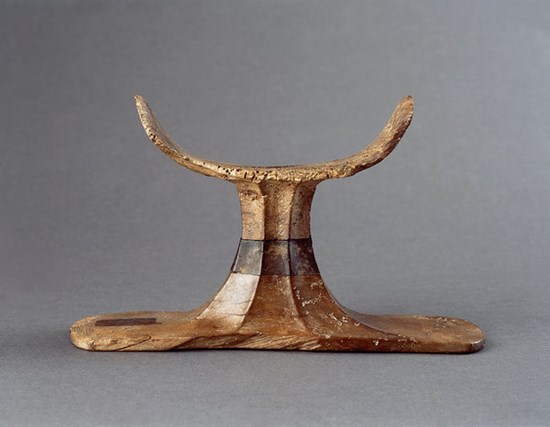 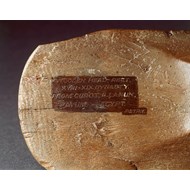 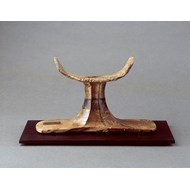 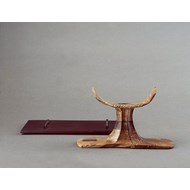