Caption Literature
An English Carved Oak Ecclesiastical Panel Depicting the ‘Green Man’
Late 15th Century
Size: 23.5cm high, 34cm wide – 9¼ ins high, 13½ ins wide
The Pagan origins of the Green Man are mysterious, also known as the ‘Wildman of the Wood’s’ and â€œJack in the Green’ his image occurs all over the world, from the ancient Aztec and Mayan cultures of Mexico to the Swayambhunath Temple in Kathmandu.
In Britain, carvings of him can be found in over a hundred cathedrals and churches, but no clear explanation is given in Christian doctrine as to why representations of the Green Man are universal. In Christianity green is the liturgical colour of new life and in particular of the triumph of life over death just as green spring overcomes winter. A God of nature, his spirit personifies forests and he is probably connected with the Greek God Dionysus who is depicted with branches protruding from his head, and possibly with the ancient Egyptian God Osiris whose portrait in the tomb of Nefertari was painted in green. He is most surely connected to the Celtic warrior tradition of the taking of enemy heads as trophies and their subsequent display of the trophy skulls as magical protectors of Celtic sacred sites.
In the modern world he has come into his own again as a symbol of endangered nature. 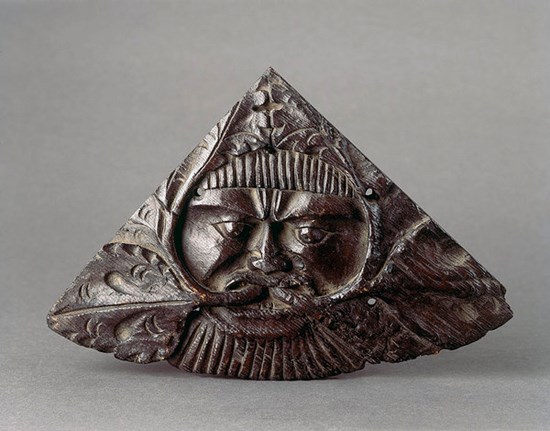