Caption Literature
A Small Blond Turtle Shell specimen
(Podocnemis Expansa)
19th Century
Size: 26cm high, 20.5cm wide, 9 cm deep – 10¼ ins high, 8 ins wide, 3½ ins deep
There are more records of Loggerhead turtles visiting the Atlantic coasts of Europe than of any other sea turtle including 50 for the British Isles. The two most extreme records are for Loch Lomond, Scotland in 1861 and for the Bering Sea, Russia in 1964. The former is completely land locked except for the river Leven while the latter is ice bound for most of the year !.
Loggerheads from northern Europe are frequently small in size and only rarely are mature specimens found and then often in winter when they are benumbed by low temperatures and allow themselves to be captured or stranded. 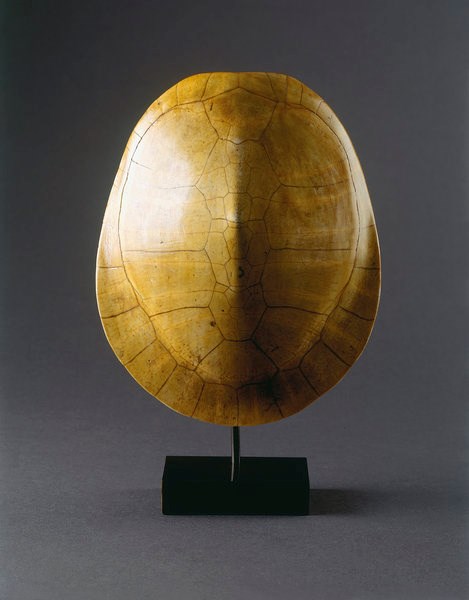