These bone plaques were often found at the turn of the 20th century in
Alexandria by local people digging for peat for fuel in old Roman
middens. The plaques would be gathered together as they dug and later
sold to dealers and collectors such as Mustaki. The plaques were made for furniture decoration wither on boxes or
larger pieces. There is a similar piece dated to the 5th Century AD of
a boy in the Victoria and Albert Museum and another fragment was in the
Ernest Brummer collection sold in 1979 by Spinks. All four plaques are carved in fairly high relief and have been carved with a sensitivity for movement and dramatic effect. 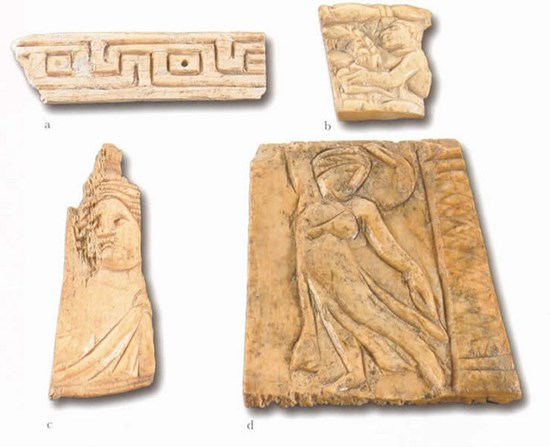