The Asmat live amongst the winding rivers and streams on the South West
Coast of New Guinea and although a colonial government was established
in 1938 it was not until 1950 that the area was brought under
government control. Asmat art is considered to be the most aggressive and dynamic of this
whole area and the conceptual strength and power of the Asmat artists
work certainly maintains their reputation as fierce headhunters. It is believed by the Asmat that their carving serves as a vehicle for
appeasing ancestors. Every death must be avenged in order for the souls
of the dead to move into the next realm. Warfare is therefore an
integral part of life. These shields were used not just for defence but to strike terror into
the enemy. New shields were carved and named after a relative of the
bearer whos death had to be avenged and there were therefore imbued
with great supernatural powers. 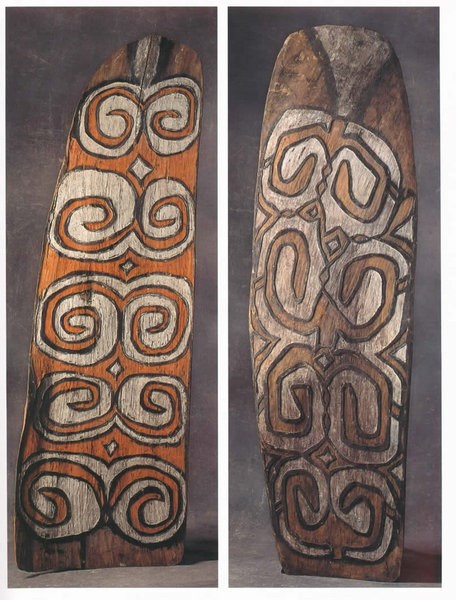