This dish is formed from the base of a large African white rhino horn.
White Rhino are the largest living land mammal weighing up to 3.6
metric tonnes. 'White' is a derivation of the Afrikaans word 'weit'
meaning wide-lipped as it has a straight lipped mouth unlike other
Rhinoceros species which have a prehensile or pointed upper lip.
The anterior horn of the White Rhinoceros is the longest of any special
and can grow up to 1.5 metres. The base of its horn is not round as in
the black species, but has a straight edged front giving it a horseshoe
appearance such as can be seen in this dish. 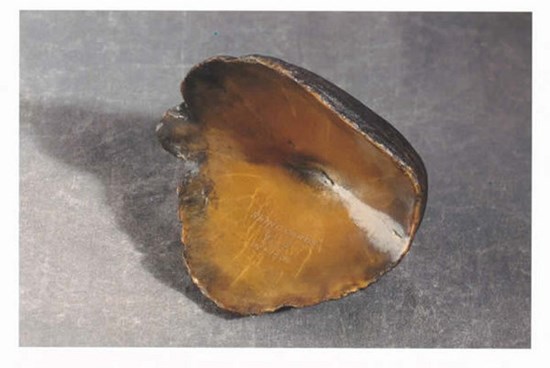