Caption Literature
A Very Fine and Rare Turned and Carved Renaissance German ‘Kunststí¼ck’
Rhinoceros horn, ivory and ebony
Late 16th Century – Early 17th Century
Size: 35.5 cm high, 12 cm dia. ( base ) – 15¼ ins high, 4¾ ins dia. ( base )
Renaissance court turners were highly paid artist - engineers, belonging to guilds they created virtuoso artworks based on complicated calculations that transformed exotic materials or singular natural occurrences in an artistically compelling manner. This turned, pierced and carved goblet is a fine example of naturalia made into artificialia.
Technical innovations in their time, these works were created with specifically invented turning tools and machines, and reveal a profound knowledge of geometry and mathematics combined with masterful precision and artistry. They were the result of a perfect interplay of applied mathematics and advanced mechanical technology that took place over 400 years ago. Many of the crowned Princes and Monarch's of Renaissance Europe became devoted turners under the tutelage of 'master instructors' such as the Milanese Giovanni Ambrogio Maggiore who was in Bavaria at various times between 1574 and 1593 teaching the Duke Wilhelm this newly invented art which at first only he could do. Maggiore trained Georg Wecker who later became the Dresden 'court turner for life' in 1578 to the Elector August of Saxony.
Originally a princely pastime for 'Drechselnder Souverí¤n' the art of turning developed into a special field for collectors and connoisseurs who marvelled at the wonders of this mechanically produced art and admired the precision with which precious natural materials were worked in a seemingly effortless manner. The fascination with this virtuosity remains unchanged to this day. 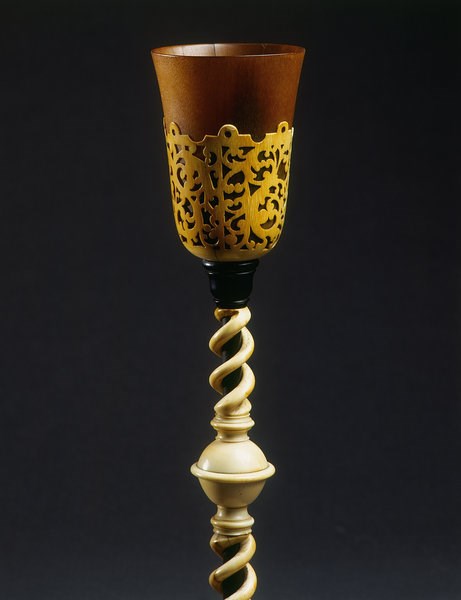 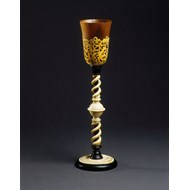