Caption Literature
Two Curious Highland Tribal Taiwanese Woven Ceremonial Sashes
Probably Atayal peoples
Hand-spun fibre and wool
An old handwritten inscription on the back of a calling card for ‘Dr Maxwell’ reading: ‘waistband for dress of savages in Formosa. Full dress – as a rule they dress in skins or are half-naked’
19th Century
Size: 152 cm long, 5 cm wide – 60 ins long 2 ins wide
Officially now part of the Republic of China the mountainous east Asian Island of Taiwan was once known as Formosa; 'the beautiful'. Settled by the Chinese in the 15th century and then occupied briefly by the Dutch during the mid 17th century it was annexed by the Manchu dynasty in 1683. The Island was ceded to the Japanese after the 1895 Sino-Japanese war and was not regained by China until August 1945.
Taiwanese aboriginal peoples are closely related to the Malay peoples of Austronesian descent of the Philippines, Indonesia and Malaysia. The Han Chinese from the Ming and Qing dynasties loosely divided them into two groups: 'cooked' that is civilised plains aboriginals, and 'raw' meaning wild high mountain aboriginals.
The Highland tribes were renowned for their skill in headhunting which was regarded as a symbol of bravery and valour. The heads were boiled and left to dry hanging in trees or on head shelves. The last groups to practice headhunting were the Paiwan, Bunun and Atayal groups. Japanese rule ended the practice by 1930 but the highland tribes had been little known until the European and American explorers and missionaries had begun seeking them out in the 19th and early 20th centuries.
Earlier, Chinese merchants, using the plains aborigines as interpreters, traded with them for the camphor wood in the forests, cloth, pelts and meat in exchange for iron and matchlock rifles. Their woven textiles were prized for their quality and artistry and in turn the highland tribes prized the traded iron for the making of their long curved sabres used for decapitating their enemies. 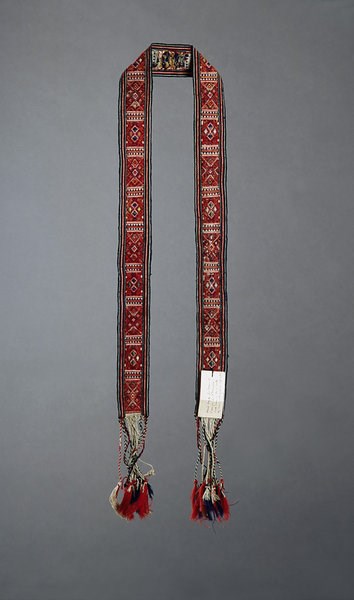 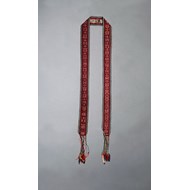