Caption Literature
A Superb and Very Rare Northern Nguni / Tsonga, South African Ceremonial Staff
By the ‘Master of the Small Hands’
Exceptionally fine reddish brown patina
Late 19th Century – Early 20th Century
Size : 124 cm long – 48¾ ins long
Most of the six known figural staffs and spears carved by this master have had their long shafts and blades removed, often by European collectors in order to turn them into free standing sculptures and to facilitate their transportation back to Europe.
Another complete and uncut staff exists in the Cultural History Museum in Pretoria and another with a blade attachment is in the Smith Family Trust in California. This staff is therefore a rare survival in its original and untouched condition.
The staff is carved from the 'red ivory' wood, highly prized and favoured by the artists of this region and reserved for the making of objects for important leaders. Research has shown that the Tsonga migrated to the Natal from the southern Mozambique as early as the 1850's. Recognised for their carving skills they were soon producing artefacts primarily for Europeans who had settled in the region.
However, carvings of this quality and beauty have always been sought after by serious collectors, especially because of their prestige association with indigenous leaders. 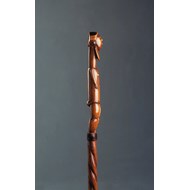 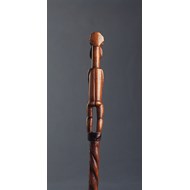 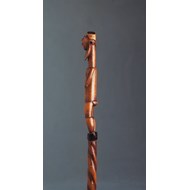 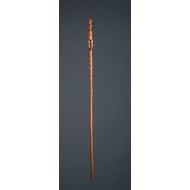