Caption Literature
A Rare Sculpture of the Chimpanzee ‘Sally’ by Rowland Ward of London
(1848 -1912) in bronzed finished plaster, signed to the reverse
19th Century
Size : 34cm high, 21.5 cm wide, 19 cm deep – 13½ ins high, 8½ ins wide, 7½ ins deep
Rowland Ward was a famous, innovative and world renowned taxidermist whose shop at 'The Jungle, Picadilly' at the end of the 19th Century became a social institution for sporting enthusiasts.
One of Rowland Ward's first commissions was to sculpt small models of animals which were then cast in bronze. A model of a lion was created for the Duke of Connaught in 1911 and is now in the collections of the National Museum of Wales in Cardiff. The frontispiece in the 7th edition of his own publication 'The Sportman's Handbook' shows him modelling a maquette for a bronze of a lion and tiger in combat. Compared to his rather crude bronze of the Connaught lion the spirited modelling of this sculpture superbly captures the character of the chimp and it has great presence.
Ward regularly went to study the animals at London Zoo, which is where in life Sally the chimpanzee lived. His expertise as a sculptor and artist helped to sharpen his skills as a taxidermist. He was the first to insist on accurate measurements. He asked hunters to take field notes about their quarry and he used innovative methods and materials to produce an amazingly life like appearance in his specimens that had never been achieved before. 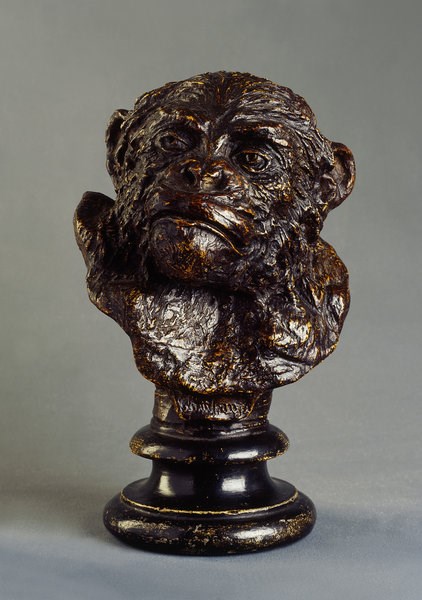 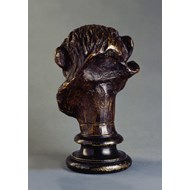