Caption Literature
Tsonga , South Africa wooden headrest with fine glossy patina
Late 19th - Early 20th century
Size : 20.5 cm wide x 14.5 cm high x 9.5 cm deep
The region from which this headrest derives over-runs political borders and includes south-eastern Zimbabwe, southern Mozambique and north-eastern Transvaal. During the 19th century a great amount of migration occurred across these borders making it even more difficult to find a hard and fast single ethnic attribution.
However, a distinctive feature of the headrests made by the Tsonga-speaking peoples of this area is the carving of a vertical lug on both sides of the cross bar.
The patina on these headrests is a natural result of rubbing the wood that has been imbued with hair oil. 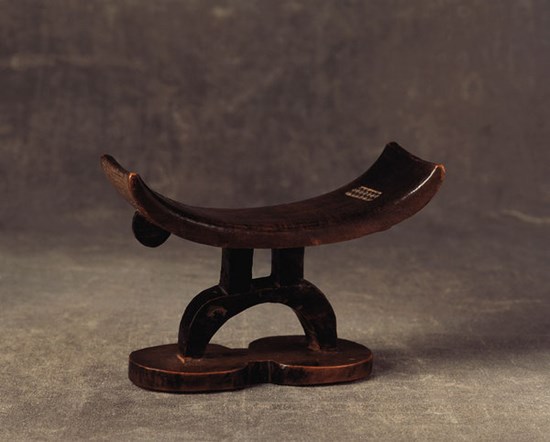