Caption Literature
A Remarkable collection of 29 carved Polynesian Miro wood Pitcairn Flying fish, together with four other Pitcairn carvings: a walking stick, a pipe rack, a one handled basket and a fish-shaped dish
Mid 19th - mid 20th century
In 1790 on the 23rd January, the remains of the ship 'Bounty' went up in flames off the rugged Polynesian island of Pitcairn. Today Pitcairners commemorate the 23rd January by towing a model of the 'Bounty' across their bay and setting it alight. The islanders, although proud of their ancestry are somewhat indifferent to the saga of 'the Mutiny on the Bounty' that has fired the imagination of the rest of the world. They are realistic about the way their tiny isolated community was founded and how it fared.
When they settled Pitcairn, Fletcher Christian and the eight other men were not inspired by any ideals of freedom or equality. They evidently treated their Tahitian companions they brought with them to Pitcairn as inferiors and ironically, the small community experienced its own bloody mutinies in which most of the mutineers, including Fletcher Christian were killed. By 1800 only one of them was still alive. Stricken with remorse, Alexander Smith changed his name to John Adams and vowed to bring up the surviving children and their Tahitian mothers to be god-fearing Christians. He succeeded so well that by the time their secret hideaway was discovered in 1808, the fugitives had become a happy and pious people.
In February 1808, the American sealer ship, the 'Topaz', spied land where no land was indicated on the charts. The ship's captain, called Folger, realised that this must be Pitcairn Island discovered 40 years ago by the British sloop 'Swallow' but wrongly laid down on all sea charts as lying nearly 180 miles further west. Pitcairn was literally off the map.
Since being discovered, Pitcairn has spread its population. Most of the descendants of the 'Bounty' now live in Norfolk, another remote island 4000 miles to the west. Today only about 60 men, women and children remain on Pitcairn and they are 6th, 7th, and 8th generation descendants of the mutineers and Christian is still an island family name.
The community runs on a fragile economy, largely subsidised by the British Government and by a flourishing trade in pretty postage stamps bearing the head of the Queen. They supplement their modest incomes by making carvings from miro wood, harvested on the coral atoll of Henderson Island, one of three other islands belonging to the Pitcairn group.
Since the opening of the Panama canal, Pitcairn has been on the sea route to New Zealand and the carved and polished wooden fish are popular with visiting yachts. In some months as many as 30 ships would halt briefly off Pitcairn; in others there were none at all. The islanders collectively own two 40ft long aluminium long boats called 'Tin' and 'Tub', they are their lifelines launched to greet passing freighters and tourist boats. They go out with bags of mail, fresh fruit and the miro wood carvings completed since the last ship called. They return with cash from the tourists and with domestic goods ordered months before by post.
With the advent of commercial airlines flying to New Zealand, the trans Pacific cruise liners together with commercial shipping lines declined rapidly from the early 1950's. 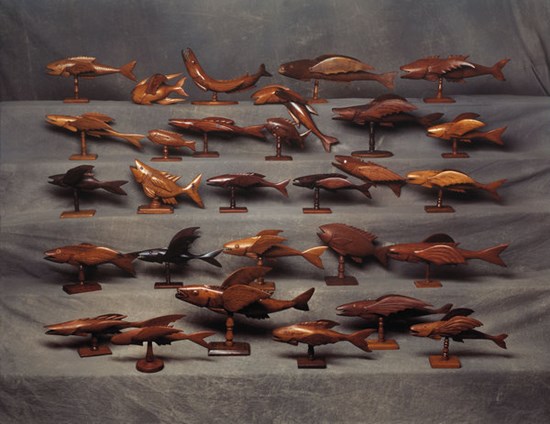 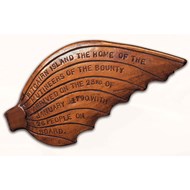 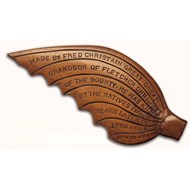 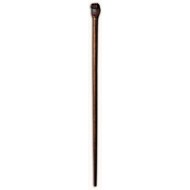 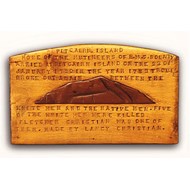 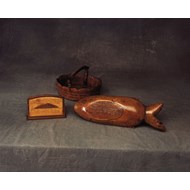 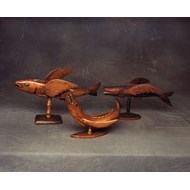