Caption Literature
An Interesting and Unusual Rolled Paper Scroll with over 1650 detailed Armorials drawn in ink by Joseph Millard ( 1796 - 1873 )
Sold with a silhouette of Joseph Millard at 24 years of age in 1820 and an apprentice piece worked by him in the form of a slipper
Circa 1805 - 1810
Size : 11.73 metres long , 24 cm wide - 38.8 feet long, 9.5 inches wide
These armorials were drawn by Joseph Millard as a boy in Marlborough, Wiltshire. As the horse drawn carriages drove through the town, presumably either on their way to Bath, or returning to London, he would draw, and thus collect, the crests on the coaching panels. Each armorial is carefully drawn, often with its motto and the name of the bearer.
The armorials are those of the aristocracy and the prominent members of society at the time including Lord Nelson, Admiral Hood, Viscount Fairfax, the Bishop of Gordon, lord Rodney, the Earl Howard, General Eliot, Baron Alhol, Colonel Dallace, Mr Finch, Lord Fitzroy and Lady Clark. They provide 'a shorthand of history', and a fascinating insight into the world of Regency England.
( A full list of approximately 315 names is available ) 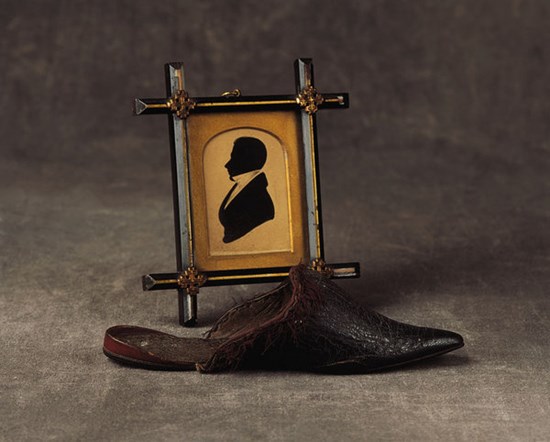 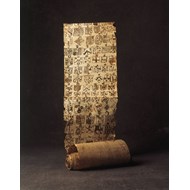