Caption Literature
An Unusual Intricately Carved Coconut ‘Bugbear’
Depicting a south American Gaucho on horseback, women in traditional dress, and a man bullfighting whilst others look on
Early 19th Century
Size : 12.5 cm long, 10 cm dia. – 5 ins long, 4 ins dia.
Coconuts were often carved by sailors visiting the tropics, with this rare open and pierced work example probably originating from Argentina in South America. The eyes have been used to accentuate the 'bugbear' marking and are inlaid with haliotis shell. It has been carved with an aperture for coins and the mirror image of the words 'Remember me' in Spanish. 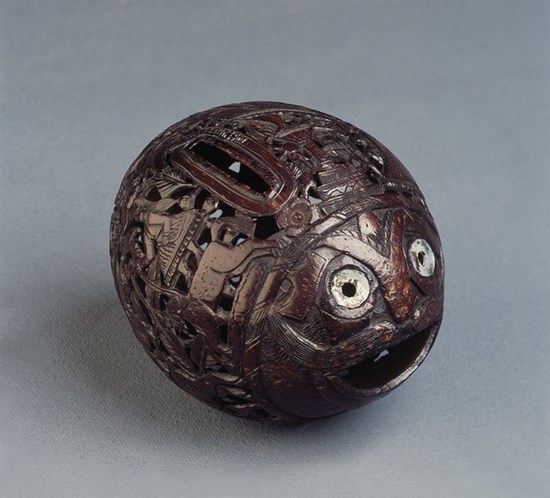