A Very Rare and large Bezoar stone , probably from an Elephant

Caption Literature
A Very Rare and large Bezoar stone , probably from an Elephant . With turned oak stand
17 th – 18 th Century
Size : 21.5 cm high ( overall ) , 13 cm dia. - 8½ ins high ( overall ) , 5 ins dia.
The word ‘Bezoar’ comes from the Persian bad-sahr meaning ‘poison antidote’ , and in the 16 th century they were believed to be panaceas for numerous ills . A ‘must have’ for any renaissance or enlightenment kunstkammer a bezoar stone is formed from accretions in the stomachs of ruminants that have become ossified . This example is so large that it is probably from an elephant . A smaller one exists of late 16 th century origin in the cabinet of Emperor Rudolf II of Prague ( now in the Kunst Historisches Museum , Vienna ) mounted in gold , rubies and emeralds , which is said to be from a camel or goat .
Rudolf borrowed bezoars from his kunstkammer and wore them in the hope of curing his chronic melancholy . He had a cup made of one mounted in enamel and gold for it was believed that whoever drank from such a cup could be certain that any poison in the draft would be rendered harmless . In 16 th century Europe bezoars fetched up to ten times their weight in gold such was the belief in their magical powers and beneficial properties .

A Very Rare and large Bezoar stone , probably from an Elephant 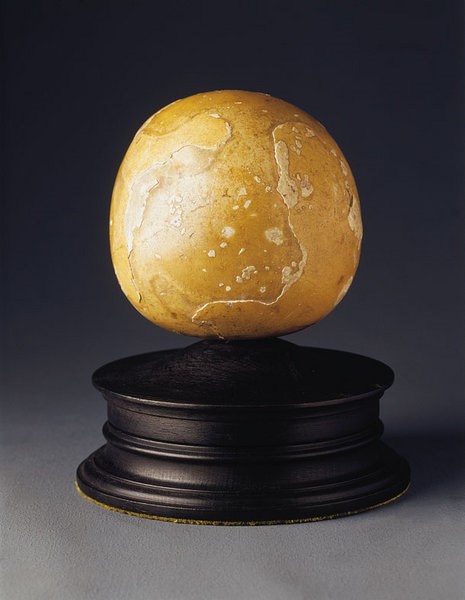