A Large and Rare Sabean, ancient South Arabian Alabaster Figure of a Priest

Caption Literature
These ancient stylised alabaster sculptures of private individuals are a distinctive feature of South Arabian art . This figure most probably represents an important private individual or a priest rather than a royal figure , and the sculpture may have been set up inside his tomb .
Acting as funerary stele these sculpture had white shell or coloured stone inlays in the eye sockets , and were originally set into niches in large limestone blocks that were inscribed with the name of the deceased .
For a very similar example see British Museum No. : Ane 2002-1-14,4. Presented by Jonathan Hassell

A Large and Rare Sabean, ancient South Arabian Alabaster Figure of a Priest 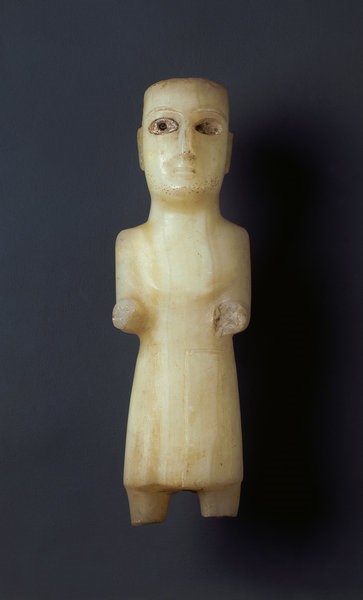